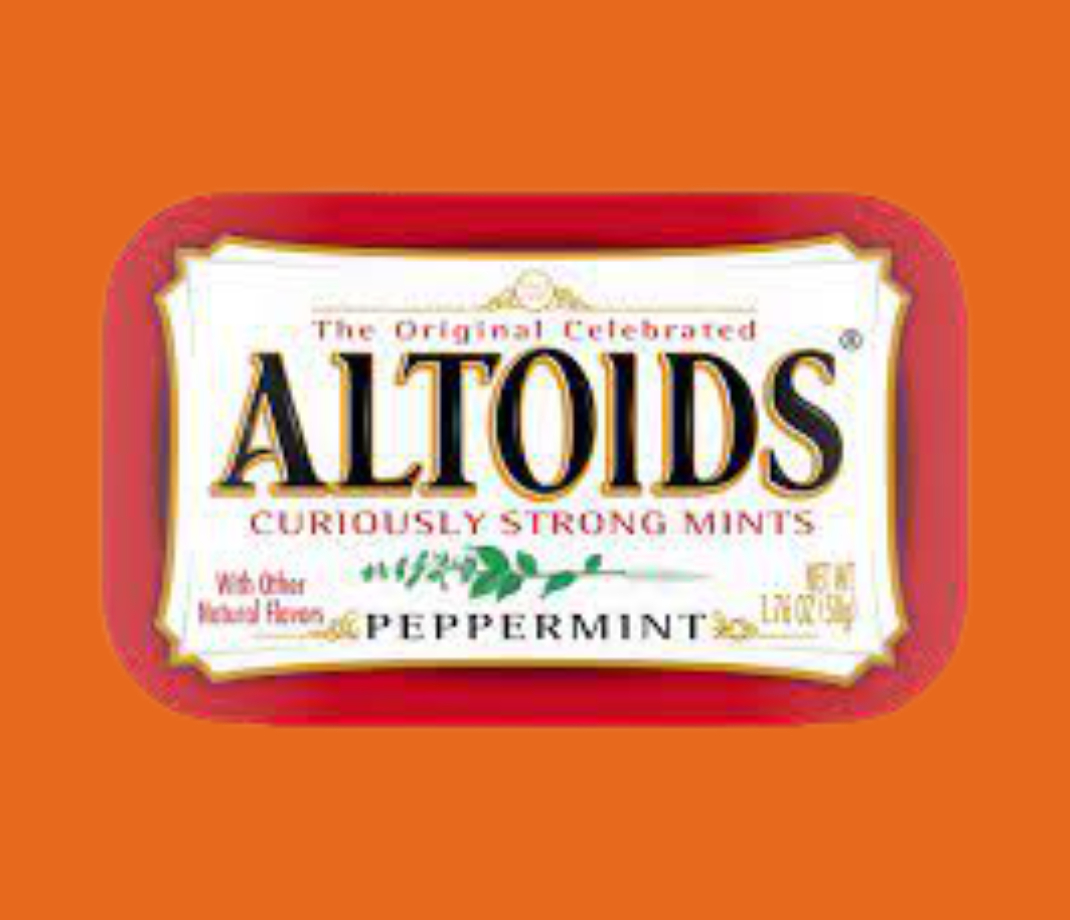 Yes, most Altoids are gluten-free and safe for those with gluten intolerances or allergies to consume. Their products haven’t always been gluten-free though.

Altoids Peppermint Smalls and the chocolate-dipped Altoids were said to not be gluten-free, with some containing soy.  Despite soybeans not containing gluten themselves, there’s a high risk of cross-contamination. Therefore, it’s probably best to avoid it altogether.

However, the Altoids Peppermint Smalls recipe is said to have changed that now makes it suitable for a gluten-free diet. The chocolate-dipped Altoids were also discontinued in 2010, so it’s unlikely that they’ll be around, but it’s important to know the possibility of it.

All of the following products are gluten-free:

Altoids are a brand of mint, that often comes in a metal tin. This makes them extremely convenient and easier to take them around with you, wherever you go. Pop them in your handbag or your car compartment for safekeeping. As you can see, they come in a whole variety of different flavors that you can choose from.

Altoids became popular in America at the beginning of 1990, although they’ve been around for much longer. They were originally created towards the end of the 18th century, in the 1780s by London-based Smith & Company. In the 19th century, this company then became a part of Callard & Bowser.

Although they were actually made and manufactured in London, UK, they’re less available in the UK than they are in the US. At one point, they were manufactured in Wales but then moved to a production plant in Tennessee, United States.

You’ll probably be quite surprised by their intended purpose too! While mints are often consumed to cure bad breath, this wasn’t what they were created for in the 18th century. They were actually meant to calm stomachs and ease gas-related issues. It wasn’t until after World War II that they were marketed as mints for your breath.

The name Altoids has come from a few different roots. Firstly, the Latin word ‘alt’ means to change/alter and the Greek word ‘oids’ means to take the form of something. Because of their initial intention, the name suggests that the mints would change and relieve them of their stomach problems.

Depending on the flavor of Altoids mints that you choose, the ingredients may vary. We’ll take a look at Altoids Peppermint for reference.

The ingredients for Altoids Peppermint are:

As you can tell, these mints contain gelatin and wouldn’t be suitable for vegetarians or vegans. But rest assured, that they’re completely gluten-free.

Freely consume and enjoy these mints on the go, without having to worry about your allergies.