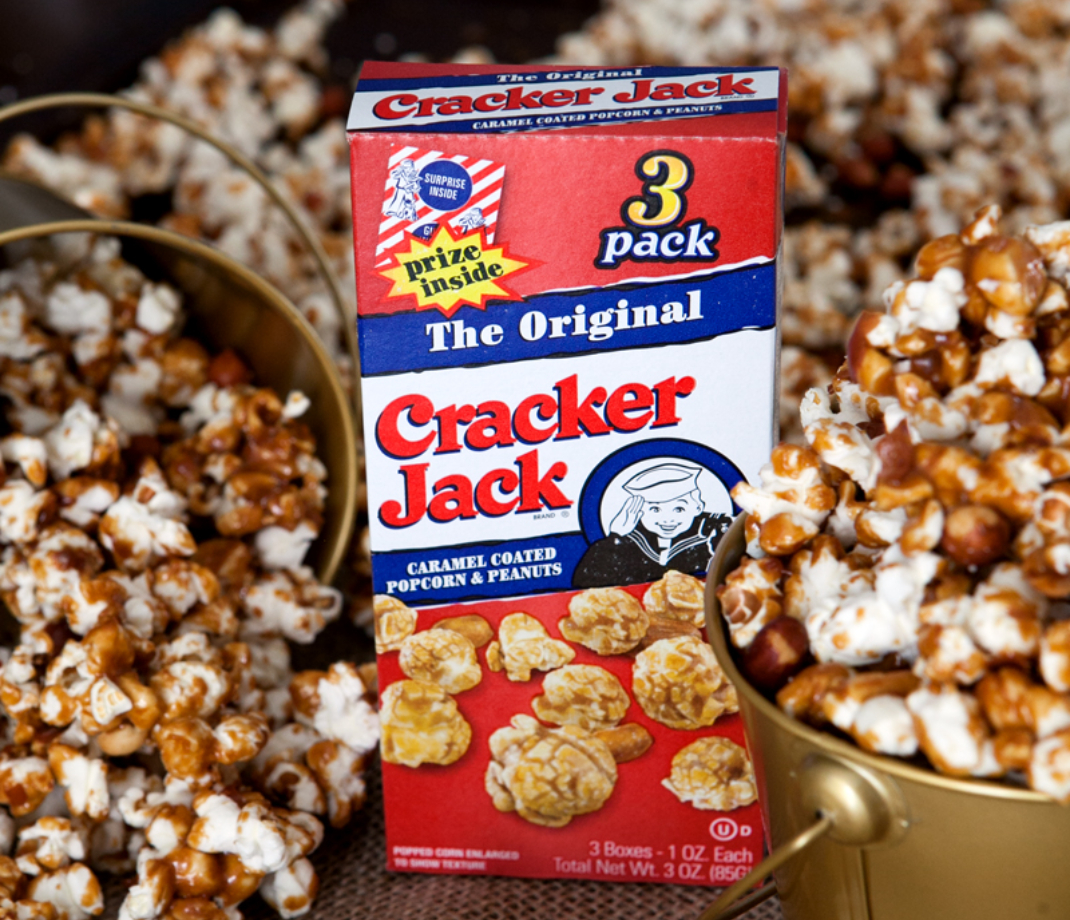 It is clearly stated on Lays’ website that any Cracker Jacks products are gluten-free.

Cracker Jacks are an American snack food that is owned by the company Lays (Frito-lay) which is itself under the parent company PepsiCo. The product name, and its slogan “the more you eat the more you want” were officially registered in 1896. In fact, this snack dates back so long ago that many people consider it to be the one original junk food.

The name “Cracker Jack” originates from the colloquium which means “excellent quality”. So, the product had a lot to live up to.

Cracker Jacks are a snack that consists of popcorn (coated in molasses) and peanuts mixed together in a bag. The product also became very well-known due to its inclusion of a small prize in each bag. The original tagline for Cracker Jacks was “Candy-coated popcorn, peanuts and a prize” but in recent years this has been shortened to just “Caramel-coated popcorn & peanuts”.

The product has long been associated with the popular American sport baseball and this was only strengthened by Frito-lays when in 2016 they announced that they would no longer produce the toy prize found in each bag and that this would instead be replaced with a free game. The baseball-themed games are downloadable via a QR code inside the bag.

The product is also referenced in the American song “take me out to the ball game” which was first released in 1907, providing the product with free advertising.

Cracker Jacks have two mascots to represent the brand. These are Sailor Jack and Bingo, his dog. These characters were originally introduced in 1916 and then trademarked later in 1919. The two characters are actually based on real figures with a connection to the brand.

Although there are many different variations of the popular snack available on the market today. The original version of Cracker Jacks has the following ingredients:

The nutritional information for the original Cracker Jacks is as follows:

Please note that any flavored versions may differ in nutrition from the table listed above.