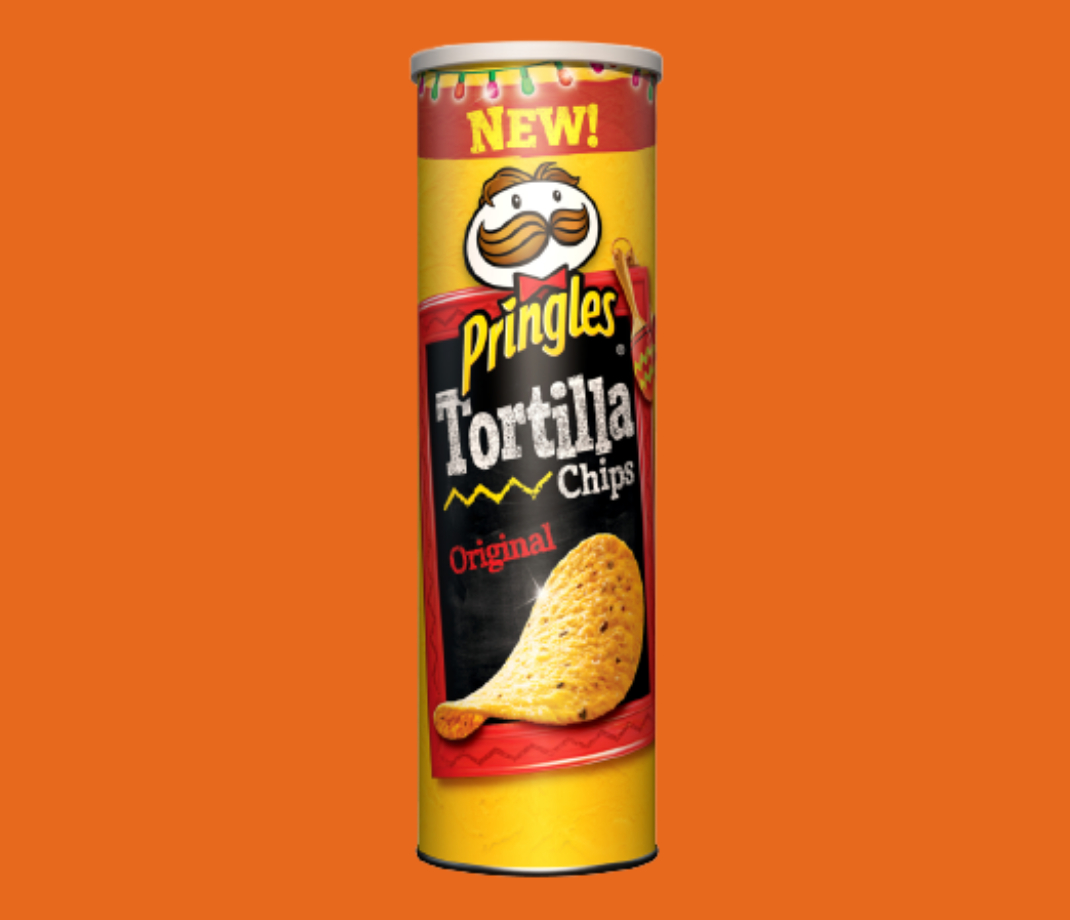 No, Pringles tortilla chips are not gluten-free and should not be eaten by those who have celiac disease or are avoiding gluten.

While Pringles is a tasty hybrid of a chip and a crisp, their website clearly states that the now Kellogs’ owned snack is not gluten-free. Almost all of Pringles flavors are made with wheat starch, and Pringles does list wheat as one of their allergens.

Pringles is a unique snack that has been around since 1956. The shape of the chip looks like a saddle and the can that they come in helps keeps the Pringles from breaking. Pringles comes in several flavors such as:

How was the Pringle born?

The Pringle was born in 1956 when Procter & Gamble was searching for the perfect chip. They were looking for a solution to the greasy, fragile chips that would break into pieces and sink to the bottom of the bag.

During their search, they came across chemist  and mathematician Fredric J. Bauer. The design of the saddle shape and the famous cylindrical are both due to Baur’s work.

The one difficulty that Baur had was making the chip taste good. The shape was perfect, but the recipe was a work in progress. P&G put the project on hold until the  mid-sixties.

When P&G was looking for new and fresh products, they went back to revisit their chip idea. This time, they would change the recipe using Alexander Liepa’s paste of rice, corn, wheat, and dehydrated potatoes.

A cookie-cutter keeps the crisp light and thin while Baur’s saddle shaper and Liepa’s recipe morphs the regular chip into a Pringle.

How did Pringles get its name?

How Pringles got its name is a bit of a mystery, but there are some rumors as to how it came to be.

Originally, Pringles was known as Pringles Newfangled Potato Chips. Eventually, the name cut down until it was the single word of Pringles.

What are the ingredients in Pringles?

What are the nutritional facts of Pringles?

The nutritional value varies depending on the source you use, but according to their website, Pringles has about 150 calories in a serving of approximately 16 Pringles, or 28 grams. The rest of the info reads: