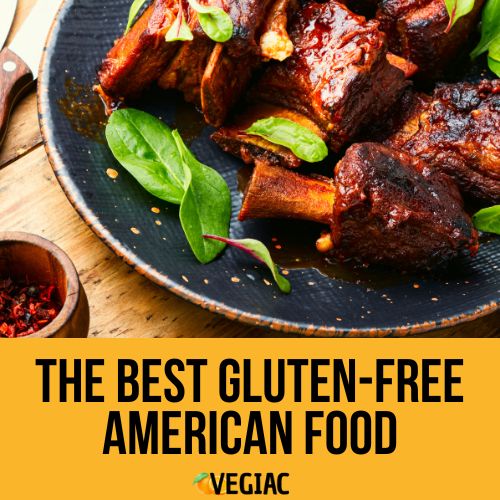 From Tex-Mex and buttermilk biscuits to mac-and-cheese and Cajun crawfish boils, these culinary delights are as American as apple pie. While many of these foods aren’t gluten-free, we’ve compiled a list of North American cultural foods filled with gluten-free favorites from Canada to Louisiana and the Mexican border.

Figuring out foods to eat when you have Celiac disease or gluten sensitivity can be tricky. Thanks to brown rice, xanthan gum, tapioca starch, and naturally gluten-free options, you don’t have to drastically change your favorite foods. Whether you’re going gluten-free for health reasons or cooking for a loved one, there are many regional American gluten-free food options at restaurants or recipes to whip up at home.

On the North American continent, gluten-free options extend from the far North to the Deep South. If you cross the border into Canada, you can find buckwheat pancake ployes (also called Galettes de Sarrasin) in New Brunswick.

French Acadians carried this traditional crêpe recipe from Brittany, France, to the region in the seventeenth and eighteenth centuries. When the British Empire deported over 10,000 Acadians from the maritime provinces, they carried knowledge about ployes-making with them.

Today, you can still find ployes available in Maine. You can also indulge in them at the Foire Brayonne festival held in New Brunswick on the first Monday of every August.

Ployes differ from regular American pancakes because they are cooked on only one side and have a characteristic crispy, bubbled appearance. While many ployes are made with wheat flour, the Picayune Creole Cookbook has a flourless ployes recipe that you can try.

Many Cajun dishes include corn or smoke meats served on top of a bed of rice. From crawfish étouffée to Jambalaya, Cajun cooking has many gluten-free options.

If you’re traveling to Louisiana or mixing up a recipe at home, Jambalaya is a delicious, one-pot, gluten-free meal chock full of chicken, andouille sausage, onions, green or red bell peppers, dirty rice, and spicy flavors that’s a perfect way to create a healthier Cajun meal or celebrate Mardi Gras.

Creole cooking looks as mixed and colorful as its history. The food hails from New Orleans, Louisiana, and contains a cosmopolitan blend of African, European, and indigenous Native American culinary traditions. While French influence dominates, some Creole dishes also carry flavors from Spain, Italy, Germany, and the Caribbean.

Rice, which is naturally gluten-free, is the main grain found in Creole food. A lot of dishes such as Pain de Maïs (cornbread), Galettes de Sarrasin (buckwheat pancakes or crepes), or grits are made from gluten-free hominy or white corn. Some recipes even use rice-based flour for bread, beignets, waffles, and calas (rice pastries made with yeast).

Main meals that you can cook or order at a restaurant include crawfish bisque, crab soup, gumbo, and Shrimp Creole, a popular dish that’s bursting with tomatoes, celery, and bell peppers served over a rice bed.

Even many Creole desserts are perfect for a gluten-free lifestyle. These include French macaroons, almond soufflés, and croquignoles (New Orleans-style beignets). With tasty pralines, frozen sorbets, fruits, and water ices, there are plenty of gluten-free options from which to choose.

Sunny Hawaii brings its own list of gluten-free foods for the Celiac or gluten-sensitive traveler.

Traditional favorites include a coconut pudding called Haupia. The sweet desert is thickened by cornstarch, then chilled and sliced before serving. You might also encounter Haupia on a pie topping or layer cake.

If you’ve heard of Hawaii, you’ve probably heard about Poi. It’s a naturally gluten-free food that you can make or order at a restaurant on the island. Poi is made when the starchy, cooked taro root is pounded and stirred with water until it reaches the perfect consistency. It’s typically a soft, finger food.

If you’re looking for great gluten-free Mexican food options at home or in Mexico, look no further than Mexico City’s famous tacos. In Oaxaca, most tortillas are made from corn. If you’re outside the region, it’s best to stick with corn tacos and confirm ingredients since flour tacos can contain gluten. If you’re concerned about hidden gluten, taco filling is usually safe.

Another gluten-free Mexican dish is Tasajo. This is thin-sliced Oaxacan-style beef that is cured in the air. Pork, beef, or chicken arrachera are not only gluten-free but satisfying and delicious.

Head below the Mason-Dixon line, and you will find gluten-free food galore from Soul food to Appalachian food, Native American traditions, Cajun, and Louisiana Creole.

If you’re looking for substantial, down-home gluten-free dishes, hominy grits, cornbread, pudding, and fritters all fit the bill. Mashed potatoes and potato salads are winter staples and hot-weather favorites, while the Hoppin’ John dish created from rice and black-eyed peas reflects African influence in coastal areas across the American South.

A craze for salsa hit the US in 1947 when Pace “Picante” Sauce emerged in Texas. On its heels came a wave of Mexican American food soon dubbed Tex-Mex.

The good news is that Tex-Mex has a lot of gluten-free foods. These include mouth-blisteringly hot chili con carne, fajitas with corn tortillas, and chips and salsa.

In New Mexico, hard-shelled tacos first appeared in a 1949 cookbook from Santa Fe. From plant-based dishes to smoking hot cheesy pepper soups and tasty tacos, the New Mexico culinary tradition is rich with gluten-free options from Albuquerque to the Rio Grande.