Does Harvey’s Have Gluten-Free Buns? 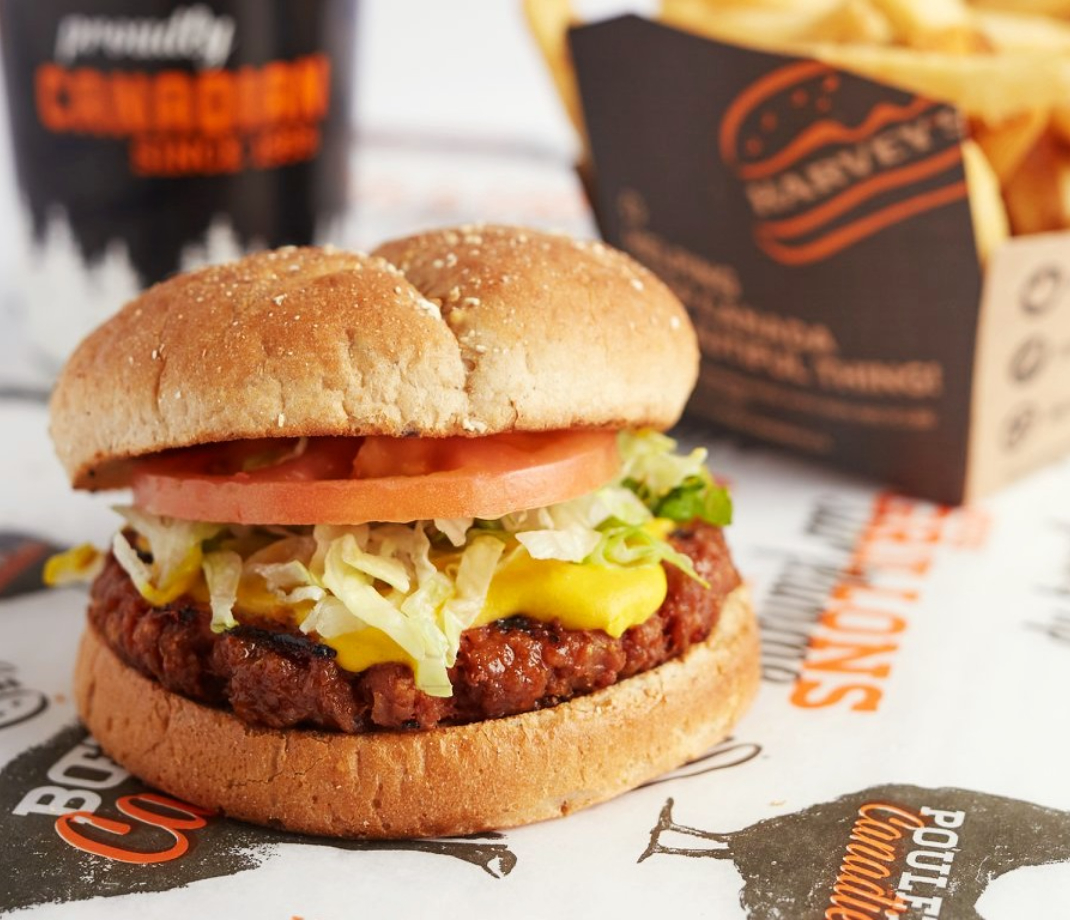 In 1959, equal shareholders Rick Mauran and George B. Sukornyk co-founded a fast food restaurant called Harvey’s at the corner of Observatory Lane in Richmond Hill and Yonge Street. The name came from a riff off of a popular American fast food chain at the time called Henry’s Hamburgers.

Introducing the concept of a serving line and fresh cut potatoes, Harvey’s stood out among the competition in its early days. 10 years after its inception, the hand cut fries were discontinued in favor of pre-cut, pre-frozen fries and the toppings menu expanded.

In the early 1970’s Harvey’s co-founders merged with Industrial Growth Limited and formed Foodcorp. Which was then led by president Bernie Syron. After growing to 80 restaurants 1979, Harvey’s was then sold to Cara Operations which is now known as Recipe Unlimited.

Harvey’s has dominated the fast food industry in every province since its founding, proving it can certainly keep up with competition and demand. Harvey’s today employs over 6,000 employees at over 640 locations across Canada.

The flagship burger at Harvey’s has changed several times since its addition to the menu in 1989. After going through four in twenty years, Harvey’s settled on the Great Canadian burger as their flagship in 2010.

In 2008 Harvey’s introduced their Angus Burger made with 100% all Canadian beef. It was a response to McDonald’s recently launching their angus beef burgers. The Angus Burger was  instant hit with customers and remains the flagship burger today.

In recent years, Harvey’s has made strides in their commitment to environmental sustainability. 100% of Harvey’s beef comes from Canadian farms and 30% of that comes from CRSB Certified farms.

Taking it a step further, Harvey’s has started an initiative to use fully biodegradable, compostable, or recyclable consumer packaging in 100% of their stores. In order to meet this goal they have made these changes:

Meta Description: Want to know what gluten free options are at Harvey’s? Here’s the inside scoop on burgers, buns, and more about the menu at your favorite fast food joint.