Do You Need A Gluten-free French Bread? 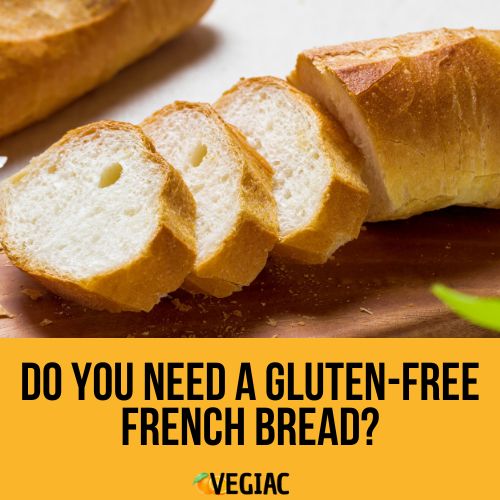 Choosing to eat healthier can be a daunting task – especially when you’re staring down the prospect of giving up your favorite French breads once and for all.

Luckily, though, there are an almost unlimited amount of amazing gluten-free French bread recipe (and commercial bread) options available on the market today that taste pretty close to the real deal.

Even better news is that these breads are getting better and better all the time!

Below we dig a little bit deeper into the ins and outs of (almost) everything you need to know about gluten-free French bread, the benefits it brings to the table, and we even share couple of recipes you might want to try your hand at.

Let’s get right to it.

Millions of Americans are waking up to the harsh realization that their bodies are particularly sensitive to wheat protein, and that a lot of their health problems – from skin issues to digestive issues to weight management issues and more – really comes down to their body’s reaction to gluten.

Making the switch to gluten-free bread can totally transform your health and wellness from top to bottom. And it can make that transformation happened whole lot faster than you ever thought possible, too.

Below we run through just a few of the biggest benefits that you’ll enjoy eating gluten-free French bread.

First and foremost, anyone suffering from the celiac disease is encouraged to make the jump from traditional bread to gluten-free bread ASAP.

This autoimmune disorder can wreak havoc on your wellness – and the challenging thing about combating celiac disease is that it has a genetic component.

We are basically saying that your own DNA (and the genes passed down to you from your family members) are the root cause of these problems.

By eliminating gluten proteins from your diet, though, you basically stop celiac disease dead in its tracks. A lot of the symptoms that were presenting before disappear forever, at least as long as you keep eating delicious gluten-free bread, anyway.

Another really big benefit of gluten-free bread options (like French bread) is that you are going to support much better gut health across your digestive system.

A gluten intolerance can cause so much disruption and chaos in your digestive system that you can actually begin to develop scar tissue. That scar tissue becomes roadblocks, causing backups and blockages that are a whole lot more problematic than just being uncomfortable.

Bread free of gluten, though, is about as friendly to your digestive system as it gets.

Not only will you eliminate the production of that scar tissue completely, but you’ll also help better support and fortify the good bacteria in your intestines at the same time.

Loads You Up with Fiber

Most gluten bread is absolutely swimming in fiber, giving it that texture and flavor that so closely mimics the “real stuff”.

The overwhelming majority of Americans (and a fair share of people worldwide, for that matter) aren’t consuming anywhere near enough dietary fiber on a day-to-day basis. Gluten-free French bread solves that problem once and for all!

You’ll be getting all the fiber your body needs to keep you happy, healthy, and regular.

Lastly, gluten-free bread is going to stay fresh a whole lot longer than traditional breads just because you don’t have to worry about the gluten “seizing up” or drying out on you.

It’s not at all unusual for gluten-free bread to stay fresh two or three times as long as traditional bread – and sometimes even longer than that.

You’ll be dealing with a whole lot less food waste, that’s for sure.

Now that we’ve gone over the benefits of gluten-free bread, let’s dig a little bit deeper into a couple of great gluten-free French bread recipes you’ll want to try ASAP.

This recipe is super simple and straightforward while producing some pretty tasty bread at the same time.

You’ll need the following for your core ingredients:

First you’ll want to combine your warm water, your sugar, and your yeast. Let the whole concoction set up for five minutes or so, or at least until you see the surface start to get sort of foamy.

After that, in a separate bowl combine your cornstarch, your potato starch, and your flours. Add in your salt and xanthan gum, too.

Now you’ll want to drizzle in your olive oil and your egg whites into your yeast mixture, whisking pretty aggressively to get everything evenly mixed.

From there, add the “wet ingredients” you’ve been working on into your dry ingredients and whisk until everything is perfectly incorporated. You want a cake batter like consistency.

All that’s left to do here is to pour your bread dough into either a bread pan or onto a baguette pan – this recipe works either way – and then allow the whole concoction to rise at room temperature for about 30 minutes.

While that’s happening you’ll want to preheat your oven up to 500°F.

The only thing left to do here is to pop your loaves into the oven. Allow them to bake for five minutes at 500°F and then drop the heat down to 375° for another 20 to 25 minutes. After that you can pull the loaves from the pan and let them bake for another five minutes or so.

Pop the bread out of the oven, allow it to cool for 5 to 10 minutes, and you are ready to rock and roll for slicing.

So there you have it – just about everything there is to know about great gluten-free French bread.

Try making a couple of loaves yourself using the recipe we shared above and see the benefits we mentioned firsthand.

Don’t be surprised if these loaves get eaten pretty quickly, though.

They are usually a big hit!