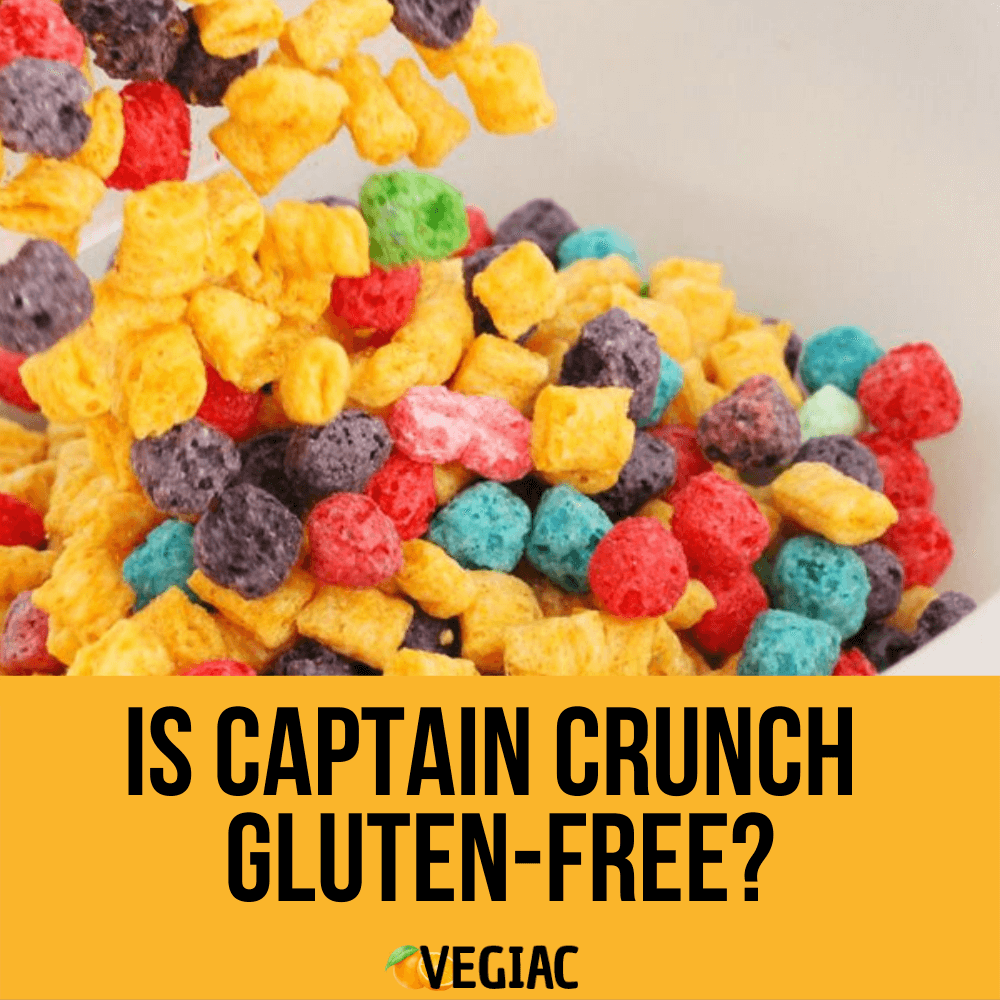 Captain Crunch is not gluten-free.

Captain Crunch cereal was created in 1963 after a survey revealed that children under the age of 10 preferred a crunchy cereal to one that was soggy. To satisfy them, Quaker decided to make a cereal of corn and oats with pieces that are shaped like a pillow. Each piece is coated in a butterscotch tinged sugar coating.

At that time, the cereal didn’t have a name, but it was the product Quaker wanted. They called on an advertising firm, Compton Advertising, to name it. They decided on a mascot that the cereal would be named for while emphasizing the crunch aspect of the cereal. They recommended Cap’n Crunch.

Next, Quaker needed a face for Cap’n Crunch, so they hired Jay Ward Production. This company had created Rocky and Bullwinkle. Then, they hired voice actor Daws Butler who did the voice for Yogi Bear and Huckleberry Hound to give Cap’n Crunch a voice.

They put the commercial on national TV in 1963, and it was instantly popular. It became the ninth best selling cereal in just two years. It is still popular today, and they have made other cereals in the Captain Crunch family.

There are several reasons why people love Captain Crunch. First of all, it is actually crunchy. It doesn’t get soggy as quickly as other cereals, and people enjoy it. Some people let it soak to get it a little softer, but you have options when you eat this cereal.

That said, most people love it because it is sweet and delicious. When Quaker was looking to make this cereal, Pamela Low worked as a flavorist for a company in Massachusetts. Her grandmother used to serve rice with a topping of butter and brown sugar, and this is the flavor that she designed for Captain Crunch. It still has this delicious flavor today, and this is why people love it.

Why Captain Crunch Is Not Gluten-Free

Captain Crunch is a popular cereal that has been around since 1963. Take a look at some interesting facts about it.

1. It was created based on a survey that said kids prefer crunchy cereal.

2. Captain Crunch was created by Jay Ward, who was the creator of Rocky and Bullwinkle.

3. The original voice of Captain Crunch was voice actor Daws Butler who did the voices for Yogi Bear and Huckleberry Hound.

4. Captain Crunch used to have commercials based on the Captain, and his nemesis was a pirate named Jean LaFoote.

5. The first spinoff was Crunch Berries, which were added in 1967. It is still the most popular spinoff in the brand.

6. Quaker Oats thought about killing off the captain after child obesity experts started talking about marketing sugary foods to kids.

7. The Captain isn’t actually a captain. He only has three stripes on his uniform, so he is a commander; a captain would have four stripes.

8. A man used a toy from a Captain Crunch cereal box to hack the phone company. The whistle he found in the box aligned with the frequency of AT&T’s phones, so he could make free phone calls.

10. The Massachusetts Somerville Brewing Company made a beer called Saturday Morning in 2017, and they infused Captain Crunch Berries into a Belgian ale.

Is Captain Crunch Good for You?

Unfortunately, Captain Crunch is not good for you. It is made with a very unhealthy amount of sugar, so it can get you going but lead to a crash mid-morning. Sugar is also known to contribute to obesity. In addition, Captain Crunch is made with artificial food coloring and preservatives. If you are looking for a healthier cereal, choose one that is high in fiber and low in sugar.

Can You Make Other Food with Captain Crunch?

People love Captain Crunch, and they have found many great recipes. Some of the favorites include the following:

People have found creative ways to enjoy this cereal by adding it to other foods. Whether they add it to a dessert or crush it up and use it to cover chicken, it is a creative way to add flavor to different foods.

Over the years, Captain Crunch has made a number of spin offs of their cereal. Some were short lived, while others lasted. Today, there are five types of Captain Crunch cereal, including the following:

Quaker is owned by PepsiCo today, but they are still the same cereal. It is still one of the most popular cereals, even if it isn’t one of the healthiest.