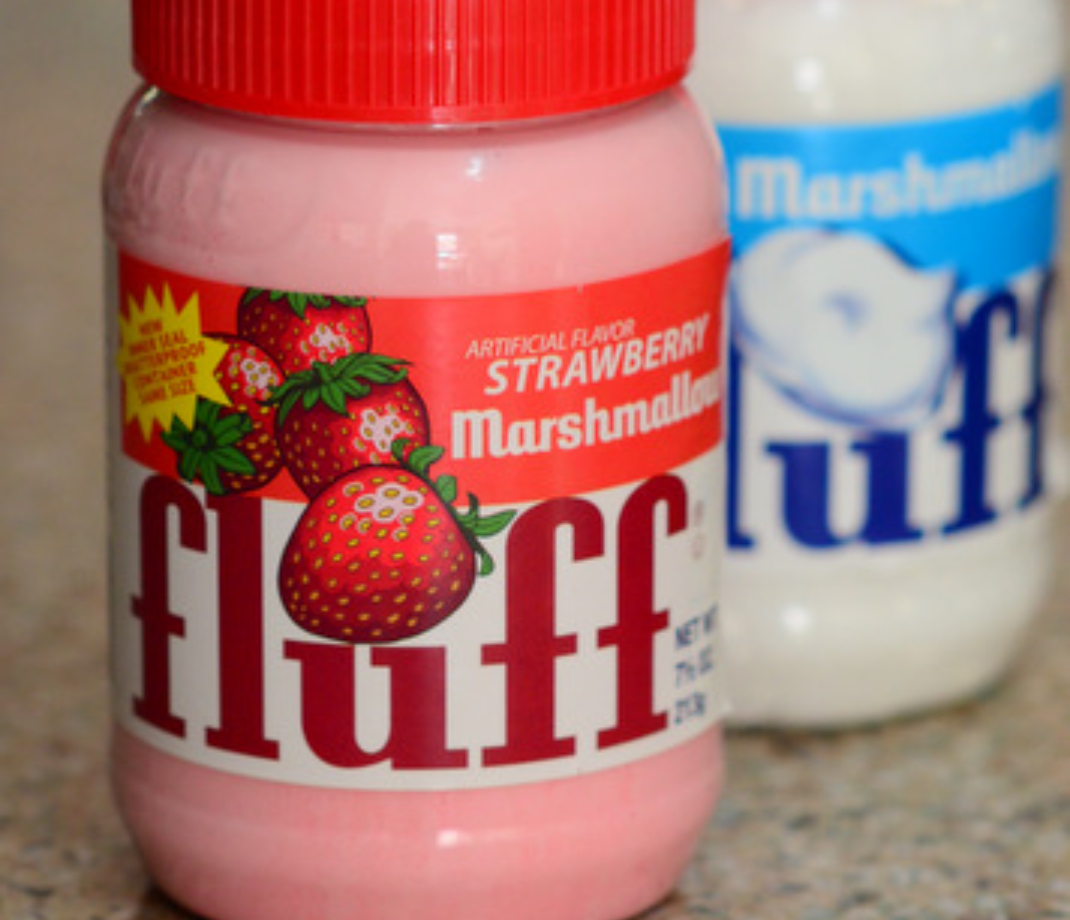 Fluff, or officially called Marshmallow Fluff, might be gluten free. While marshmallows in and of themselves don’t contain gluten, some companies do use wheat starch to make the soft, velvety texture of this sweet and tasty condiment.

However, many producers made the switch to corn starch. This means it should be gluten free for the most part, but you will have to check the label to be sure.

Since 1917, Marshmallow Fluff, also known as Marshmallow Crème, has brought smiles of joy to children and adults alike. It’s a sweet, oozy gooey confectionary spread. This is perfect on peanut butter sandwiches, cake filling, fudge and a host of other sweet treats.

Then, Archibald Query began selling his version of the sweet spread as a door-to-door salesman. He ended up selling the whole recipe for $500 to H. Allen Durkee and Fred Mower, two candy makers in Lynn, Massachusetts. They produced Toot Sweet Marshmallow Fluff in 1917 and sold it at stores.

In the 1940s, it became Marshmallow Fluff and sold in a glass jar. It’s been this way ever since. But, modern manufacturers often sell it in a plastic container. Today, there are only three companies that make it: Durkee-Mower, Kraft and Solo.

Fluff has a simple recipe. It contains egg whites whipped into submission with vanilla flavoring, sugar syrup and corn syrup. None of these have gluten, except maybe the vanilla flavoring. For this, you’ll have to check with the manufacturer. Some can guarantee they use gluten-free vanilla while others can’t guarantee it.

However, commercially-produced Fluff might contain things like wheat starch, cornstarch, guar gum, xanthan gum, cream of tartar or some other emulsifier. These help maintain texture while ensuring distribution of fats. Colored Marshmallow Crèmes have dyes, artificial colors or additional sweeteners.