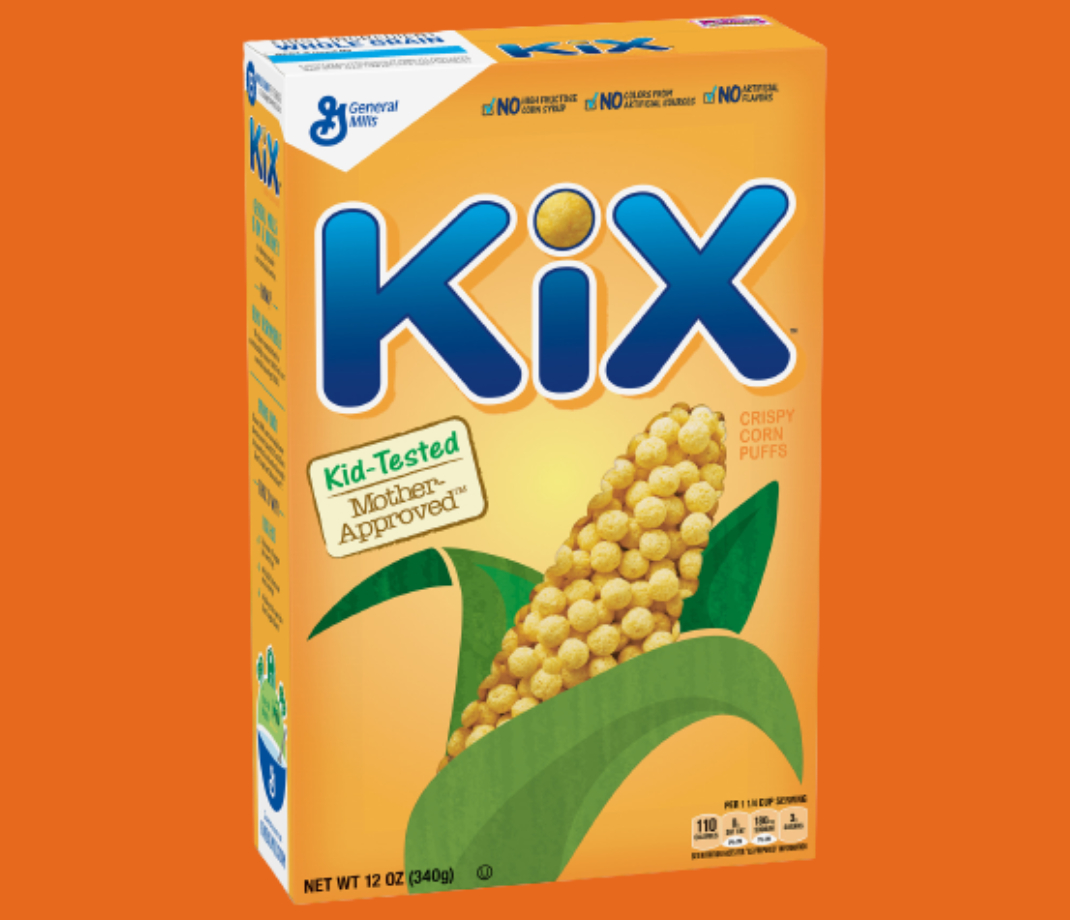 Yes, but no. It’s a little bit of an in-between one, and that’s for a few different reasons.

Firstly, when Kix cereal was first produced, it contained oats, and therefore, wouldn’t be suitable for a gluten-free diet. However, updated information has been released by the manufacturer in more recent times that this recipe has changed and it no longer contains oats. Therefore, there are no gluten-containing products in the ingredients.

You should note that because this is a fairly recent change, some stores may be selling old stock and this version of Kix cereal isn’t gluten-free, so you should check the labels thoroughly.

Furthermore, the manufacturer of Kix Cereal, General Mills, has not actually declared this cereal as gluten-free. While a lot of their other cereals are declared gluten-free, Kix cereal isn’t. This suggests that it’s not produced in an allergen-safe facility, and therefore would risk cross-contamination.

While there are no longer any gluten-containing ingredients, it’s potentially too high of a risk to say that this is 100% safe for you to consume.

Kix cereal was introduced in 1937 by American multinational manufacturer and brand marketer, General Mills. Original Kix was produced over 80 years ago and was then followed by some new flavors later on, including Berry Berry Kix in 1992, and Honey Kix in 2009.

Kix cereal is a lightly sweetened expanded puffed-grain cereal. Kix was the first puffed corn cereal to ever be made and was the first cereal to use this puffing method. Interesting, right? So, how is Kix cereal actually made?

While it used to be a unique method, other cereals like Cheerios have experimented with it since. The grain is expanded, water is added, and then the corn is crushed. It’s then cooked in an extruder and formed into ball shapes from this process.

Kix cereal claims to have much less sugar than other cereal alternatives and is therefore seen as a healthier alternative. That’s why its slogan is ‘Kid-Tested. Parent-Approved.’ It’s definitely a favorite amongst the kids – and adults too!

Enjoy your Kix cereal in the morning for a balanced breakfast, packed with natural sweetness and yummy flavor.

Depending on the flavor of Kix cereal you choose, the ingredients may vary. Let’s take a look at the Original Kix cereal for reference.

While they don’t have any gluten-containing ingredients, the risk of cross-contamination doesn’t make them entirely gluten-free!