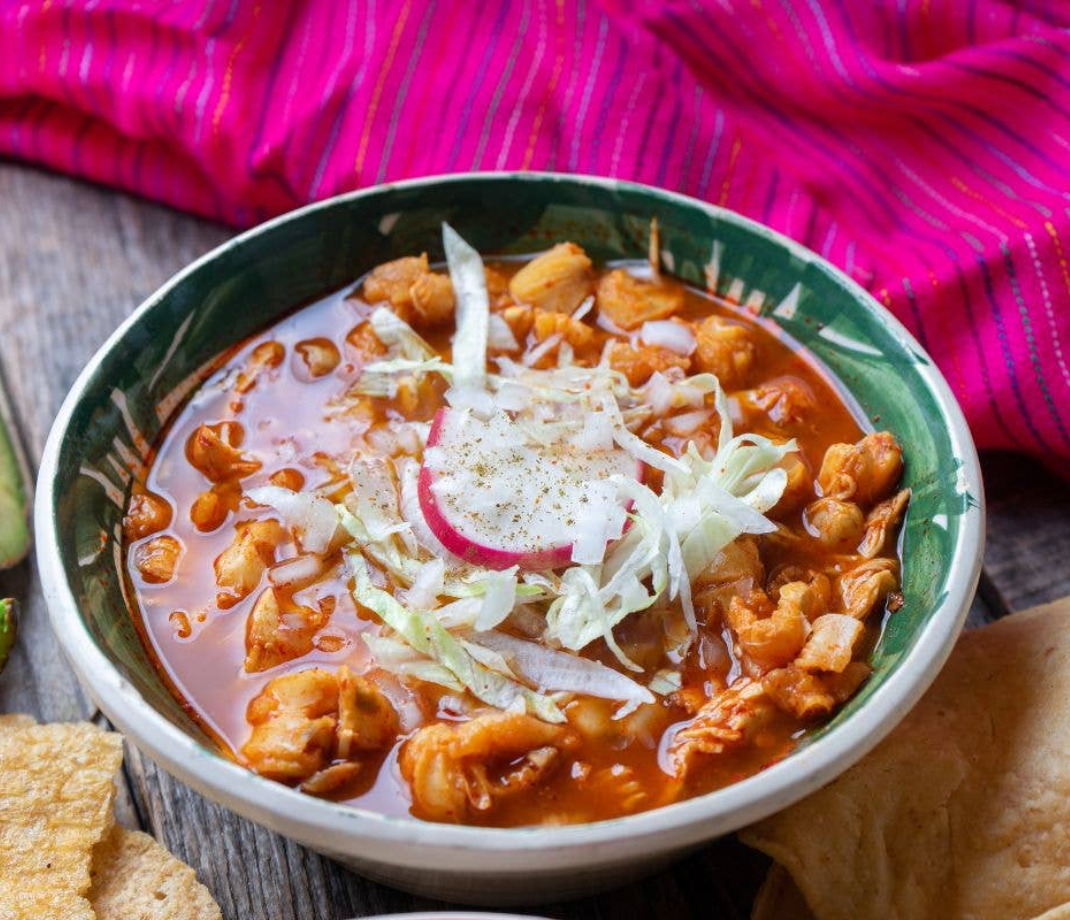 Pozole is a traditional stew originating in Mexico and predates the 16th century. The dish is simple but comes with sides to add as you please, but the traditional dish is gluten-free.

Yes, pozole is gluten-free. The dish does not use any ingredients containing gluten. Instead, the base of the dish is hominy which is a gluten-free ingredient made from maize kernels.

However, the dish can be bulked up using a wide range of ingredients, some of which may contain gluten. This can vary from dish to dish so it is always best to ask if you are not sure.

Pozole is a Mexican stew or soup that dates from the 16th century when the first record of it was found. Traditionally, for the Aztecs maize (from which hominy is made) was sacred. This meant that pozole was served only for special celebrations.

There are rumours that originally the meat used in pozole was human, although this has not been proven or disproven. The meat was believed to come from the heart’s of captured enemies but the arrival of the Spanish in the 1500s is thought to have put an end to this practice, with the new arrivals instead choosing to use pork as a substitute for human heart.

There are various methods to cook pozole, including many modern vegetarian substitutes which use beans in the place of meat. However, there are three main variations: white, green and red. The white version is the base of the other two but is also a type of pozole in its own right.

The red and green pozoles are made by adding a particular sauce to the white pozole base to give it both more flavor and spice. The green sauce typically contains tomatillos, jalapenos and cilantro. The red sauce is made from chiles.

Usually, the stew is served alongside other accompaniments such as onion, cabbage, avocado, limes and radishes. This means that no one pozole is the same as another as it is customized by the eater.

Although, as we have said, there is no one singular way to make a bowl of pozole, there is a traditional basic recipe to stick to. This is as follows: hominy, meat (normally pork although sometimes chicken), oil, pork broth make up the main proportion of the dish to which the following spices and flavorings are added: salt, jalapeno, cumin, garlic, black pepper, cayenne pepper, oregano, chillies to taste.

On top of this, any of the additions mentioned above can be added by the host or the consumer at their discretion. Bear in mind that any additions will change the nutritional information for a cup of pozole listed below.

In one cup of traditional Mexican pozole there is the following: