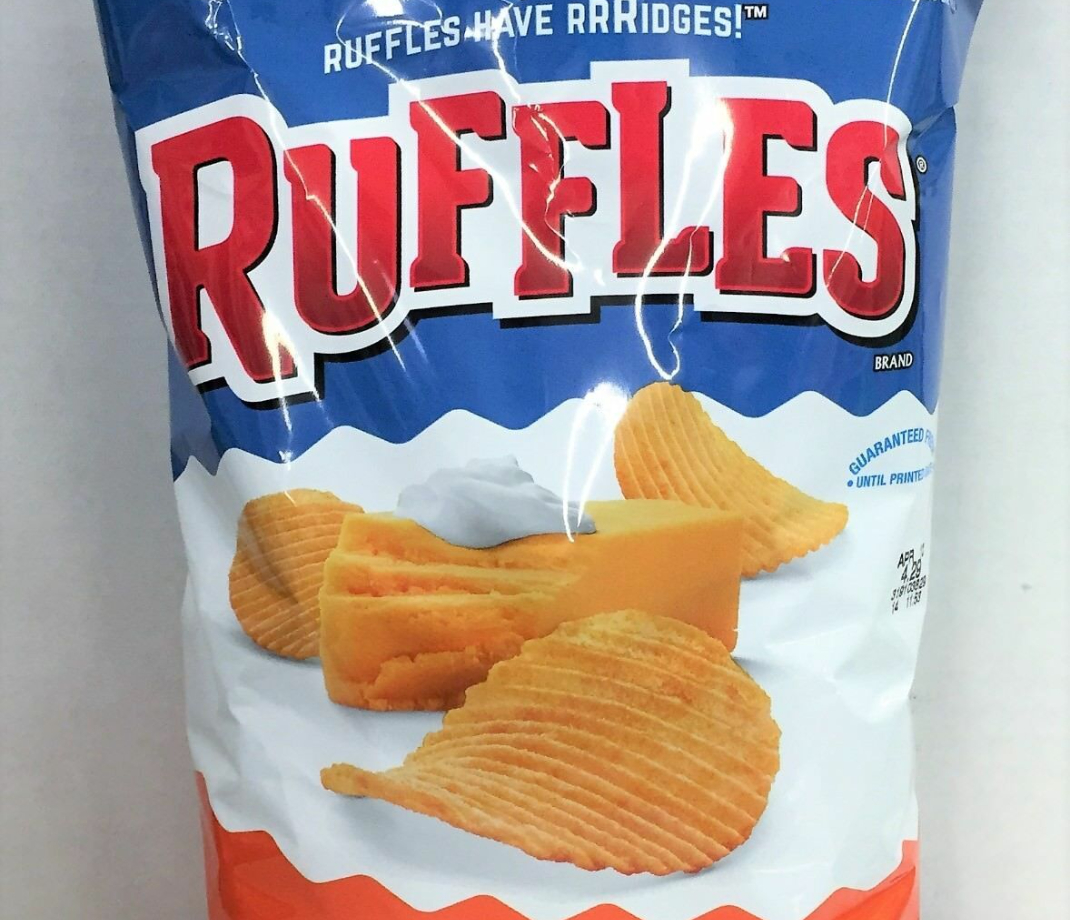 Yes, Ruffles are gluten free according to Frito-Lay. That said, not every Ruffles product is free of gluten and the company provides a list of all their products safe for gluten-free diets. Anyone with celiac disease or a gluten intolerance shouldn’t eat any other variety that isn’t listed below:

Ruffles are a classic potato chip that has crunchy ridges, also known as crinkle cut. They have an epic, big taste. They’re great for snacking and as an accompaniment to meals. It’s a party of flavors that dances on the palette. Ruffles are synonymous with sports games, movies and other American pastimes.

The company started in 1948 but Frito Lay acquired it in 1958. Later, they merged with H.W. Lay & Co. in 1961. Ever since, Ruffles has worldwide acclaim and is popular in places like Mexico, Brazil and Canada. Today, PepsiCo owns the Ruffles official brand.

The following list contains the ingredients of each variety of Ruffles that’s safe for gluten-free diets. Some contain milk, which may not be good for those with celiac disease.