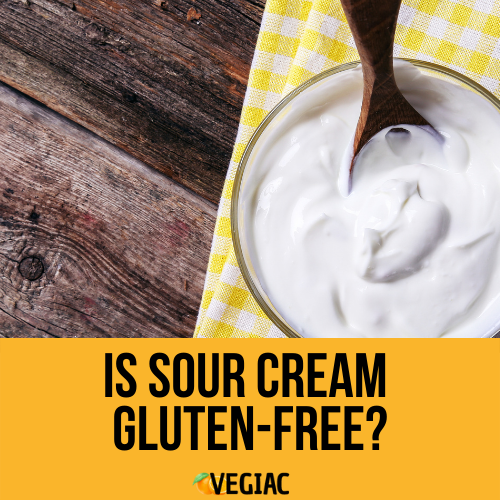 What Is Sour Cream?

They make sour cream by adding bacteria that produces lactic acid to dairy cream. This makes it thicker with a sour flavor. People often use it to make dips and to make sauces thicker, as well as on baked potatoes and more. It is thick and tangy, and it needs to be refrigerated. It has high fat content, but there are fat-free versions. However, they aren’t good for cooking. It comes ready to use, and it can be eaten without any further preparation.

Most historians believe that sour cream originated in eastern Europe, likely in Russia. Russian sour cream is called smetana, and it probably comes from a Mongolian drink that is called kumis. It is made from horse milk.

It is probably the case that sour cream was discovered when raw milk sat out at room temperature and was made sour by bacteria. It gets its flavor from the lactic acid that is produced by bacteria. It has been around for about 50 years in its current form, and it is popular with many different dishes.

Sour cream is rich and creamy. Its consistency falls between cream cheese and heavy cream. It is sour and adds flavor to recipes. The serving size is small because it is usually a garnish or added to recipes.

How You Can Cook with Sour Cream

Sour cream is often used as a topping for soups, baked potatoes, or nachos. It can be added to many different recipes, and it is popular in baked foods. Sour cream has a high fat content, which is at least 18% fat. For this reason, it makes foods that you bake light and airy. When you see a recipe that uses heavy cream or milk, you can often replace them with sour cream to get a lighter, richer result.

You can also use sour cream when you make dips, including taco dip, spinach artichoke dip, French onion dip, and more. You can include sour cream in your beef stroganoff or add it to mashed potatoes. It tastes delicious and makes the dish creamier.

Is Sour Cream the Same as Creme Fraiche?

Sour cream and creme fraiche are similar; both are tangy, and they go well with the same types of food. They do have some differences, which gives them different cooking properties. When they are made, both go through a ripening process. This causes them to sour. However, they use different bacterial cultures in this process.

Sour cream is made by adding bacteria that converts lactose into lactic acid. This makes the cream thicker, and sour cream is from eastern Europe. Creme Fraiche is French, and it is made from unpasteurized cream, which already has the bacteria that is needed. Creme fraiche is thicker and milder than sour cream.

Is Sour Cream Good for You?

Sour cream is good for you as long as you don’t eat too much of it. In fact, people use it as a base for dip so they eat more vegetables, which has a lot of health benefits. One of the benefits of sour cream is that it can promote the absorption of fat soluble vitamins. These vitamins include vitamin A, D, E, and K. When you eat sour cream, you may be better able to get the benefits of these vitamins.

Some types of sour cream are made with probiotics, which are live microbes. They improve your digestion and boost your immune function. The lactic acid bacteria that is used to make sour cream is one of the best known probiotics in food. Although pasteurization destroys the live bacteria, some brands add the microorganisms back in so that you get the benefits of probiotics.

Sour cream is also low in carbs, so it is a great choice for people who are doing low carb diets, including keto and Atkins.

There are a few drawbacks to sour cream. It is made up of saturated fat, which is responsible for half of the calories. This can lead to higher bad cholesterol levels, which can increase the risk of heart disease. If you eat sour cream, it is always a good idea to limit how much you eat so that you can get the benefits without the drawbacks.

Most sour cream brands are gluten-free. Sour cream isn’t made from ingredients that contain gluten. However, it is always a good idea to check the ingredients to make sure. Some brands are verified as gluten-free, which makes them good options for people who are eating a gluten-free diet. Some of these brands include the following:

Sour cream is included in many different recipes because it makes food more moist, thicker, and richer. It is often used in baked goods, cakes, cheesecake, and salad dressings. It is also used in many different dips. The following are all recipes that include sour cream:

39 Sour Cream Recipes That Prove It Makes Everything Better | bonappetit.com

What Is Sour Cream? What to Know About Your Favorite Baked Potato Topping | spoonuniversity.com