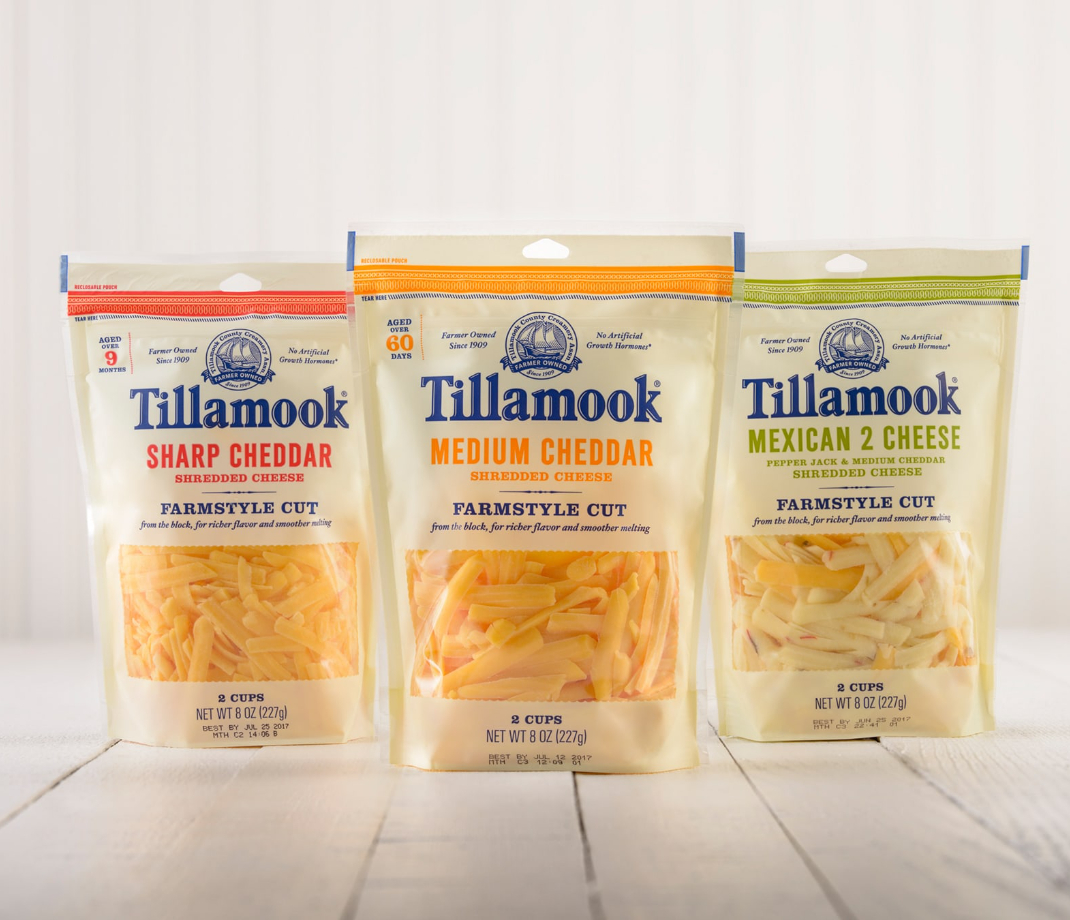 Tillamook cheese states on their website that their cheese is not processed with any major allergens, besides milk, of course. This would mean that their cheese is gluten free. Their dairy is also sourced from farms that commit to not pumping their cows with artificial hormones.

That being said, Tillamook cheese does advise that there is potential for cross contamination due to the fact that they also process ice cream in their facility. The equipment that processes the cheese does not come in contact with those allergens though. Tillamook also says they take as many precautions as possible to avoid cross contamination by testing and cleaning their equipment thoroughly.

Tillamook has been producing dairy products for over 100 years. Their aim is to support farmers to produce the highest quality dairy products possible. They believe in taking care of their cows along with the environment and their farmland to ensure each part of the dairy making process is as ethical as possible.

Tillamook started in Tillamook, Oregon with butter and milk, until a cheese maker from Canada came and showed them how to make cheese. They have expanded their line of products to include yogurt, sour cream, and ice cream among other things. They also created the Tillamook County Creamery Association, a cooperative made up of several farms and creameries.

What Types Of Cheese Does Tillamook Offer?

Tillamook has quite the extensive offering of cheeses. Their cheese can also be found packaged in shredded form, bricks, small snacking portions, and slices. Some of their offerings include:

This is not an exhaustive list of their cheese flavors.

Where Can I Buy Tillamook Cheese?

Tillamook actually has an online shop on their website where you can purchase their cheese, as well as merchandise. They also sell bundles, which are carefully curated collections of cheese, merchandise, or a combination of both.

That being said, Tillamook products are only available in the United States. They sell their cheese at various grocery stores in the United States, mostly in the Pacific Northwest. They do have a process online to request carrying Tillamook in your store. Their cheese curds, one of their coveted products, can only be found at their creamery and the PDX airport.

Why Would Cheese Not Be Gluten Free?

Many varieties of pre-shredded cheese use binding agents to prevent the shreds from sticking together. Unfortunately, much of the binding agents are wheat derived, such as wheat starch or modified food starch, thus adding gluten to the cheese. However, Tillamook cheese uses potato starch to bind their shredded cheeses, so no gluten is added in the shredding or bagging process.

Other than cheese that uses binding agents, almost all varieties of cheese are gluten free. It is possible that cottage cheese and blue cheese could contain traces of gluten depending on how they are made, so it’s important to read the label.