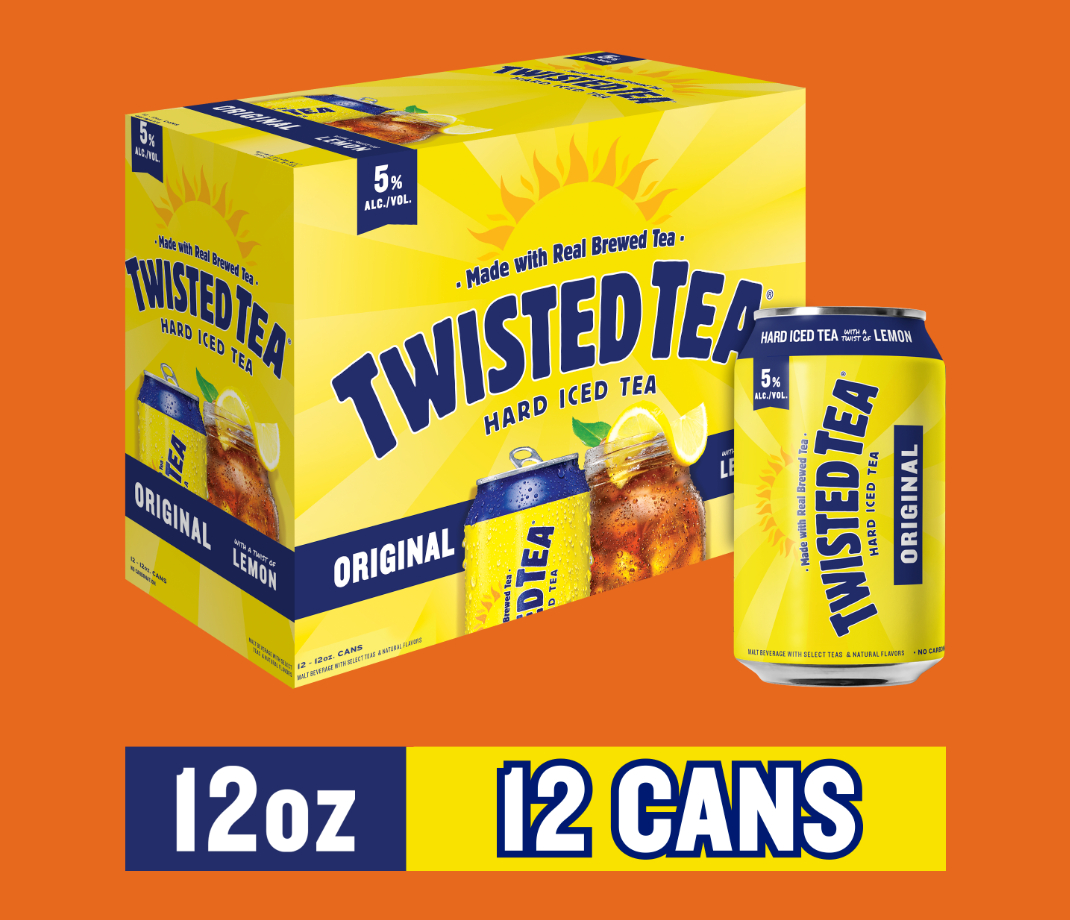 Is Any Twisted Tea Gluten Free?

Twisted Tea drinks are unfortunately not gluten-free. They are produced with malt, which is not suitable for a gluten free diet. It is not safe for anyone with a gluten sensitivity or celiac disease, or anything in between.

What Is Twisted Tea?

Twisted Tea is a line of alcoholic drinks made with iced tea. It is sold by the Boston Beer Company which is known for many popular brands of alcoholic beverages. There are many flavors of Twisted Tea, including:

These drinks come in a can or a bottle and are best enjoyed at a chilled temperature. They are a good option for those who enjoy a cold drink on a hot day or at the end of a long week, but aren’t fans of beer. They are manufactured with a process similar to brewing beer, but do not taste anything like beer.

Most Twisted Tea drinks have an alcohol content of around 5%, so the flavor of the teas are not lost in a strong aftertaste. They are a light beverage with just enough sweetness to compliment the real brewed tea flavor. When poured in a glass, the beverage looks just like iced tea, and smells just as aromatic and sweet.

Twisted Tea was started in 2001 in Cincinnati, Ohio. The goal was to make refreshing iced tea with a little kick that tasted just as good as regular iced tea, a popular drink that most people love. They played with different flavors and tea combinations until they came up with their original flavor. Their product line has since been expanded to include many more flavors.

Malt is made from barley, and it’s a very frequently used as a component in alcoholic drinks. In many drinks, however, the malt is distilled, removing the gluten and making it safe for those with gluten sensitivities to drink. In Twisted Tea’s case, the malt is not distilled.

Barley is a grain that contains gluten. Regardless of what flavor of Twisted Tea you might like to try, they all contain malt from barley. This malt gives it its alcoholic content.

Does Twisted Tea Have Any Other Allergens?

Twisted Tea is safe for most diets other than one with a gluten sensitivity. The drinks are free of many other allergens, including soy, milk, eggs, and shellfish.

What Is Twisted Tea Made Of?

Other than malt that is derived from barley, Twisted Teas don’t have a lot of ingredients. The teas are also made with real tea leaves, so you can expect a small amount of caffeine in each beverage. Other than this, each flavor is made with different natural flavors.

The following nutritional facts are for a 12 fluid ounce serving of Twisted Tea’s Original flavor.