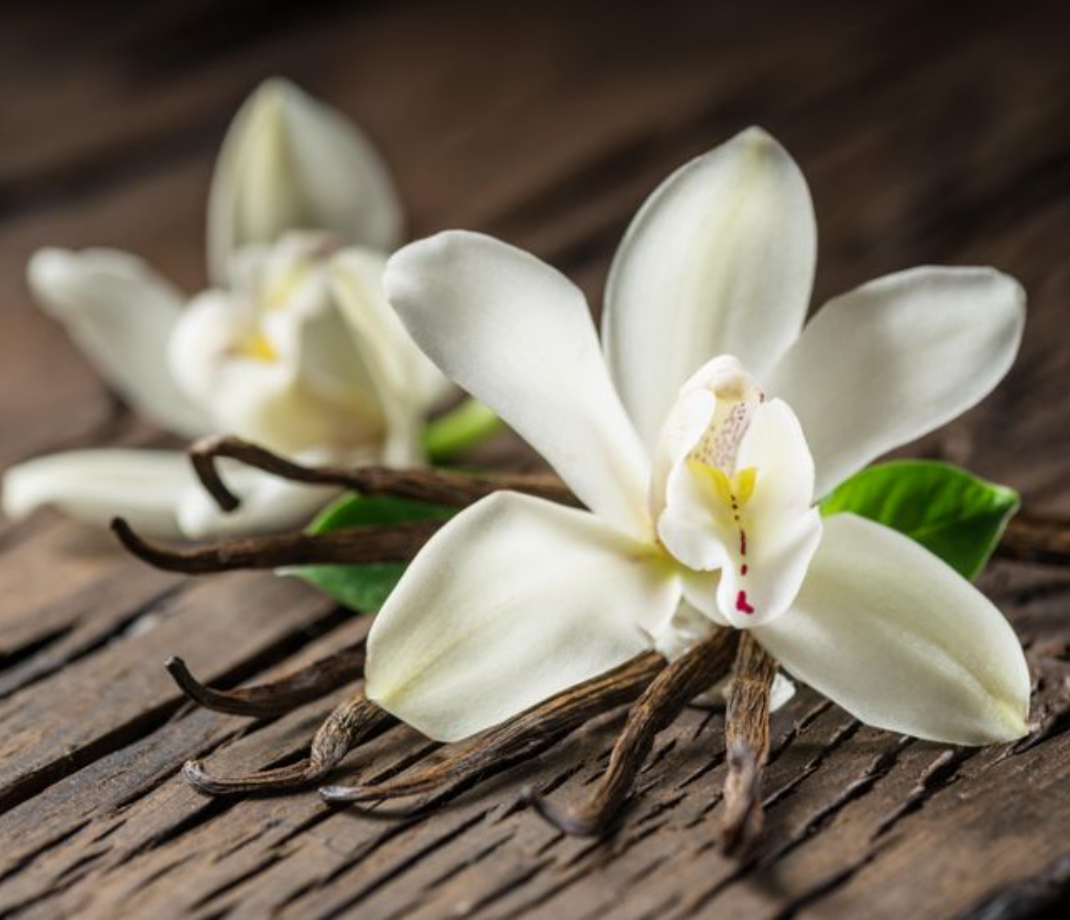 Both vanilla and vanilla extract are completely gluten-free thanks to the distillation process that removes any gluten.

Vanilla is gluten-free in both its natural form as well as in the form of vanilla extract.

Although very sweet to the taste vanilla is actually considered to be a spice and is harvested from the orchids of the flat-leaved vanilla plant. The word itself is the diminutive form of the Spanish ‘vaina’ meaning pod or sheath, so vanilla literally means little pod.

In order for the vanilla plant to produce the fruit that we harvest the pods from it needs to be pollinated. Thanks to a Belgian botanist called Charles Moren, who in 1837 discovered this fact, but it is not with his method that we are able to artificially pollinate the plant to retrieve the spice today.

In fact, the working method came from a 12-year-old slave by the name of Edmond Albius, who noted that the plant needed to be pollinated by hand. Although a French botanist allegedly discovered this method before Albius this claim was eventually proven to be false.

In current production, there are three main species of the vanilla plant. Each of these three originate from a single species found in Mesoamerica. However, the vast majority of the vanilla products that we know and love come from the species “Bourbon vanilla” (also known as “Madagascar vanilla”).

This is because the plant is cultivated in Madagascar and the surrounding islands. In fact, this species accounts for roughly 66% of the world’s vanilla consumption.

Due to the effort and care that needs to be taken when cultivating the vanilla plant and producing the vanilla products, vanilla is the second most expensive spice in the world, coming second only to saffron. Despite its high value, vanilla is one of the most popular spices used in cooking and baking today.

When it comes to the commercialization of the plant, in the United States in particular, there are four main ways that vanilla is marketed. These are: vanilla pod, vanilla extract, vanilla sugar and vanilla powder. The most popular methods used in cooking are either using vanilla extract or steeping the cut open vanilla pods a liquid.

Using a vanilla pod in cooking, instead of the other methods available, will typically give food a darker, richer color.

Each vanilla product will differ slightly in its ingredients, however, unless otherwise stated on the bottle they will all be gluten-free. An example of the list of ingredients for vanilla extract is:

Vanilla extract is typically used in very small doses. However, we will include the nutritional information here for 100g to make the values easier to read.