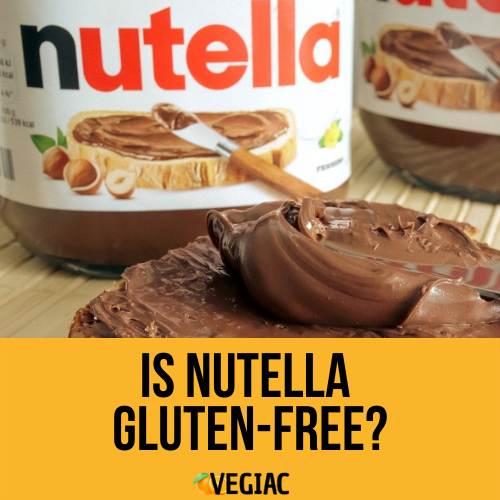 The origins of Nutella are fascinating. At the end of World War II, food was being rationed across Europe. The cost of importing goods rose, especially for cacao – an important ingredient in chocolate. Pietro Ferrero owned a pastry shop in Italy, and he was trying to stretch his supply of cacao after the war. He had hazelnuts and used them to make a recipe from Napoleon’s time, when chocolate was expensive as well.

He added molasses, hazelnut oil, coconut butter, and a small bit of cocoa. It was called Giandujot, and it became popular quickly. Unfortunately, he died a few years later, but his son wanted to improve his father’s product. He added vegetable oil to make it more spreadable, and he called it Supercrema. They sold it in jars, and it was even more popular than the previous version.

Finally, in the 1960s, the company had to change the name because Italy was regulating the use of superlatives. They called it Nutella because of the hazelnut. Today, more than 25% of the hazelnuts in the world are used to make this spread.

The main reason that people love Nutella is the ingredients. It is somewhat addictive, as it contains sugar and chocolate. Chocolate contains tryptophan, which is an amino acid that helps produce serotonin. This neurotransmitter helps to regulate mood, and higher levels of serotonin make people feel happy. It also contains phenylethylamine, which leads to feelings of excitement and attraction.

Some people love Nutella because they claim that it is nutritious. It is true that hazelnuts have some benefits to heart health, but the sugars and fats do not. However, Nutella is easy to spread and tastes delicious on most things. People love its flavor and texture, and it is widely popular.

Nutella is a sweetened hazelnut cocoa spread. It tastes like the perfect mixture of hazelnut and chocolate. It is sweet, but it isn’t too sweet. There is an American version and a European version, with the American version having a milder flavor and more oil.

There are nutritional benefits to eating Nutella. First of all, two tablespoons of Nutella contain one gram of fiber, which is good for you. Fiber helps to reduce cholesterol, and it reduces the risks associated with heart attack.

When it comes to delicious dessert foods, Nutella has more natural ingredients than others. It does have a synthetic form of vanilla, but it has 100% natural hazelnut, with 50 hazelnuts used to make the paste in each jar. It also contains skimmed milk powder, and it is made by removing water from skim milk.

Cocoa makes the chocolate flavor, and it contains sugar and palm oil. In addition, they use soy lecithin, a fatty substance from soybeans, to bind the ingredients to one another and make the mixture creamy and spreadable.

Nutella might be delicious and contain a few essential minerals and vitamins, but its main ingredient is sugar. In fact, it contains more sugar than pre-made frosting for cakes. It is also high in calories, with 200 calories in two tablespoons. It is difficult for people to limit themselves to this small serving size because it is so delicious.

What is good about Nutella is that besides vanillin, which is a synthetic form of vanilla flavor, it contains natural, simple ingredients. In some respects, this makes it a better option among dessert spreads. It is different because it doesn’t contain artificial food coloring, high fructose corn syrup, or hydrogenated oils.

Nutella is delicious enough to eat it out of the jar with a spoon, but there are other ways to enjoy it. It is a spread, and you can spread it on different foods. Bread is a popular choice. You can toast the bread or eat it plain.

For breakfast, you can spread it on waffles, pancakes, or other breads. Nutella also goes well with many different fruits, including strawberries, apples, and bananas. You can spread it on any of these fruits. People often add it to their hot chocolate or coffee, which will give it a rich taste.

At breakfast, you can spread it on different bread based foods or add it to your oatmeal. If you want to go all out, try oatmeal with Nutella, chocolate chips, peanut butter, and banana. This is a delicious way to start your day.

As you can see, Nutella is versatile and pairs well with many different foods. It is sweet without being too sweet, and it is a great way to add flavor to otherwise ordinary foods.

Here are some ideas for how to enjoy Nutella.

Nutella has a long and storied history. People have been inspired by its delicious taste throughout the world. Take a look at some interesting facts:

1. It was originally a pastry loaf designed to be sliced and placed on bread.

3. 25% of the hazelnuts in the world are used to make Nutella.

5. There is a World Nutella Day on February 5 every year.

6. One Italian politician formed a pro-Nutella faction in opposition to EU regulation of Nutella.

7. The Italian Postal Service created a stamp themed on Nutella in 2014 to commemorate its 50th anniversary.

8. In 2015, a French court banned a couple from naming their daughter Nutella.

9. You can buy a lock designed to fit the Nutella jar on eBay.

10. There has been an increase in crimes related to Nutella, including thieves stealing $20,000 worth of Nutella from a parked truck in Germany.

Nutella has seven ingredients, and it doesn’t have any preservatives, artificial colors, or hydrogenated fats.