Is Which Wich Bread Gluten-Free? 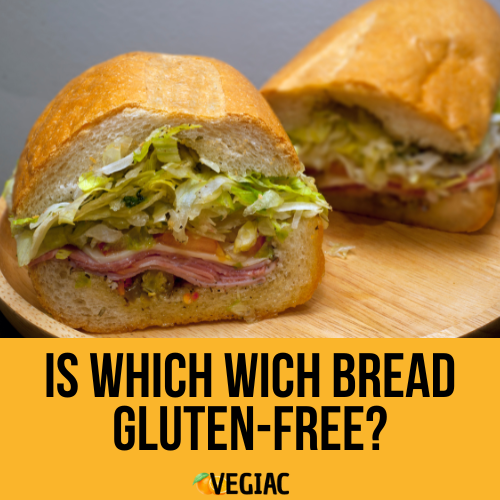 Which Wich bread is not gluten-free. The bread at Which Wich uses wheat-based flour, so it cannot be consumed safely by people with celiac disease or other gluten allergies.

There are two bread options at Which Wich. Both bread types have wheat in them, which means that people with gluten allergies cannot eat them. Fortunately, there is an alternative option called the Bowlwich®. A Which Wich Bowlwich® is a sandwich in a bowl. You go through the same customizations steps as you would with a sandwich, minus the bread.

The Ingredients in Which Wich Bread

The Which Wich sandwich company follows strict cleaning protocols, so they do not risk endangering their customer’s health. All wheat ingredients are stored and handled separately from any non-gluten ingredients. Inform your Which Wich employee of your allergy, and they will be more than happy to go above and beyond to ensure there is no cross-contamination.

About Which Wich Bread

Which Wich is a sandwich company that lets customers personalize their sandwiches, from meat-filled and vegetarian to PBJs. The first Which Wich opened in Dallas, Texas, in December of 2003. Since their opening, Which Wich has created many unique sandwiches to cater to their patrons.

Their classic PBJ is one of the many delicious bites Which Wich has crafted for their customers. It is not just a delicious bite to eat, either. The Which Wich peanut butter and jelly sandwich also started an initiative called Project PB&J. Project PB&J helped them donate over 170,000 PBJs by the beginning of 2016.

Is Which Wich White Bread Gluten-Free?

Is Which Wich Wheat Bread Gluten-Free?

The wheat bread at which wich is not gluten-free. Wheat bread is highly unsafe for gluten allergies since wheat is the main ingredient. Because of the gluten inside this bread, it is unsafe for people with celiac disease.

Is Which Wich Bowlwich® Gluten-Free?

You can customize all ingredients in the Which Wich Bowlwich®, so people with gluten-intolerances can hand-select the ingredients in their dishes. Hand-selection means that you can double and triple-check that your meal gets prepared correctly. Even better, you can watch your meal-prepper prepare the meal right in front of you.

All ingredients at Which Wich are handled carefully to avoid cross-contamination. Employees get trained to handle gluten allergies and other allergies with care.