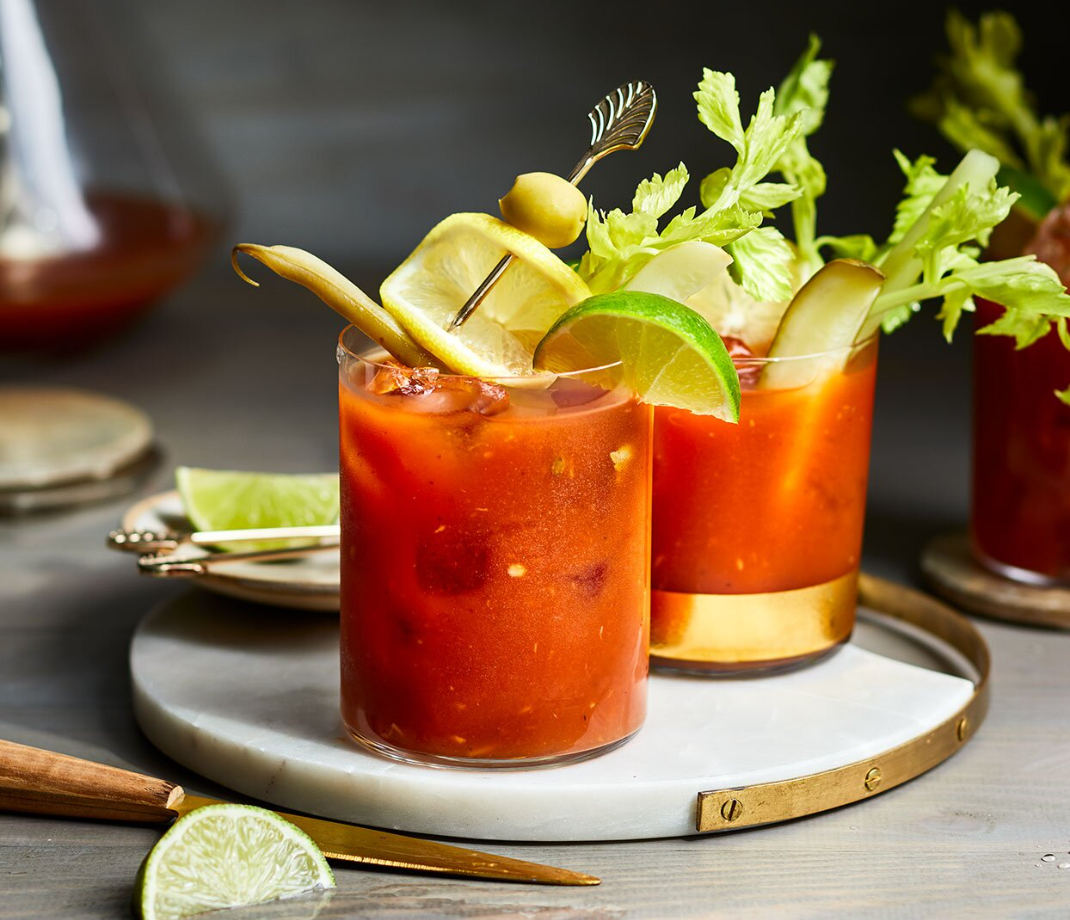 Bloody Marys are a staple of brunches everywhere. But are they gluten-free? There is no straight yes or no answer – it all depends on the mix you use.

Bloody Marys are some of the most customizable drinks out there – an ingredient in Bloody Marys that can cause problems for those on a gluten-free diet is malt vinegar, often used in Worcestershire sauce.

Luckily for those in America, Lea & Perrins Worcestershire sauce does not contain any malt vinegar and is gluten-safe. In other countries, it does contain malt vinegar – which is made from barley – and is not gluten-free.

The best way to consume a Bloody Mary safely and without gluten is to avoid the pre-made mixes and make it yourself.

One easy way is to use V8 and Clamato with your favorite Bloody Mary ingredients – garlic, horseradish, Worcestershire, salt and pepper, lemon, lime, and maybe even a briney juice like olive or pickle juice. Don’t forget the hot sauce! (Just make sure it’s gluten-free as well.)

It is also worth noting that in the case of Zing Zang, only their Original Bloody Mary Mix in the bottle contains gluten. The gluten has been removed from canned versions of the mix. All other drink mixes by Zing Zang are gluten-free.

Mr. and Mrs. T’s states that only their Horseradish Bloody Mary mix contains gluten, but there is conflicting information on various gluten-free sites and forums. To be completely safe, choose a mix that is labeled gluten-free, or make your own.

A Bloody Mary is a savory cocktail that contains vodka and tomato juice, as well as other spices and flavorings. It has gained popularity as one of the iconic brunch beverages, alongside Mimosas and Bellinis.

Bloody Marys are thought by some to be a hangover cure, due to including alcohol as a ‘hair of the dog’ measure, as well as many salty and spicy ingredients, which are thought to aid in hangovers.

The origin of the Bloody Mary is contested. Fernand Petiot, a french bartender, claimed to invent it in 1921, well before any other later claims. His version consisted only of vodka and tomato juice and was originally known by the charming name ‘Bucket of Blood’.

George Jessel, a comedian who frequented the 21 Club in New York City, also has claims to this same beverage in 1939. Later, Fernand Petiot claims to have built upon that original recipe by adding black pepper, cayenne pepper, Worcestershire sauce, and lemon juice.

Other names for the cocktail were the Mary Rose and Red Hammer.

The origins of the name Bloody Mary are also contested – some believe it was inspired by actress Mary Pickford, while others say it was named for a waitress named Mary at the Bucket of Blood cabaret.