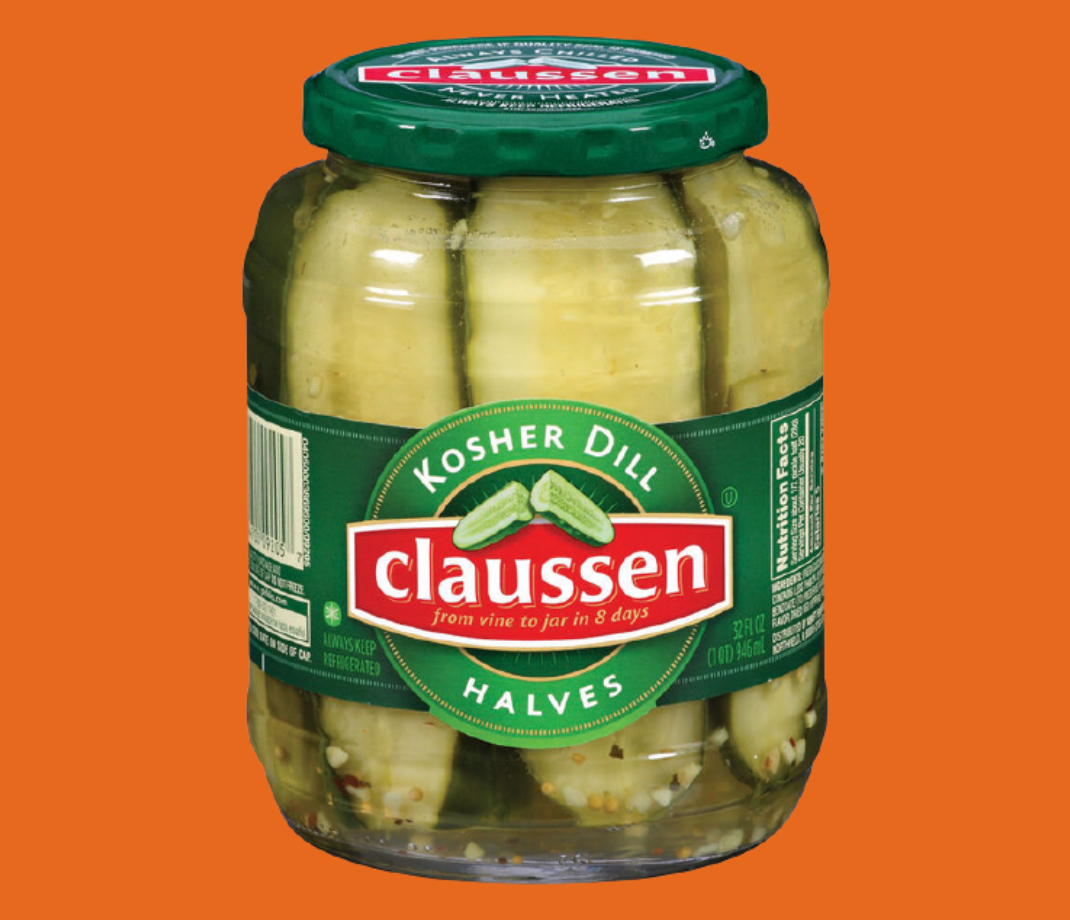 Are the Kosher Dill Pickles from Claussen Gluten-Free?

Yes, Kosher Dill Pickles from Claussen are gluten free. As a matter of fact, many highly reputable sources put Claussen’s at the top 10 most gluten-free pickles to eat. They do have vinegar, which comes from wheat. But they are gluten free because the distillation process removes it all from the vinegar.

Claussen’s is a beloved pickle producer in the United States since 1870. Just outside Chicago’s city limits, Claus Claussen started the company upon having an overabundance of cucumbers. So, he decided to sell them as jarred pickles.

100 Years at the Same Location

His great-grandson, Edward Claussen, came up with the idea of using refrigeration for the pickling process 90 years later. This innovation provided for crunchier pickles and the process has remained the same since. For almost 100 years, the company grew, produced and packed their famous pickles from the same location.

However, the company has gone through quite a few changes over the years. While the Claussen family had ownership of the company from its start, it has changed hands several times since 1970. Sold to Oscar Meyer, the plant moved from its original long-time location to Woodstock, Illinois in 1976.

Then, five years later, in 1981, Oscar Meyer sold the company to General Foods. It was then sold to Kraft in 1990 and they renamed themselves in 1995 to Kraft Foods. And, if that wasn’t enough, in 2015 Kraft merged with Heinz to become Kraft-Heinz.

However, as recently as 2002, Vlassic Classic tried to acquire Claussen Brand Pickles. But the Federal Trade Commission ultimately blocked the sale. This was because of anti-trust laws and preventing a monopoly on the refrigerated pickle market.

Regardless of who has owned the Claussen Brand, the taste, crunch and quality remain the same. People love to eat them on sandwiches and hot dogs, to eat them as a snack or put them in their favorite recipes. Pickles are a wonderful addtion for things like egg salad, potato salad, tuna salad, homemade relish, soups, dips and so much more.

The following ingredients are for a standard jar of Kosher Dill Pickles. Different varieties will have only a slight distinction in ingredients. For instance, their Spicy Style pickles have the same ingredients, except they add turmeric.

The nutrition facts below are also for a standard 32 oz jar of Whole Kosher Dill Pickles. Other varieties will have similar information. The only difference will be with the sodium count, give or take a few milligrams.