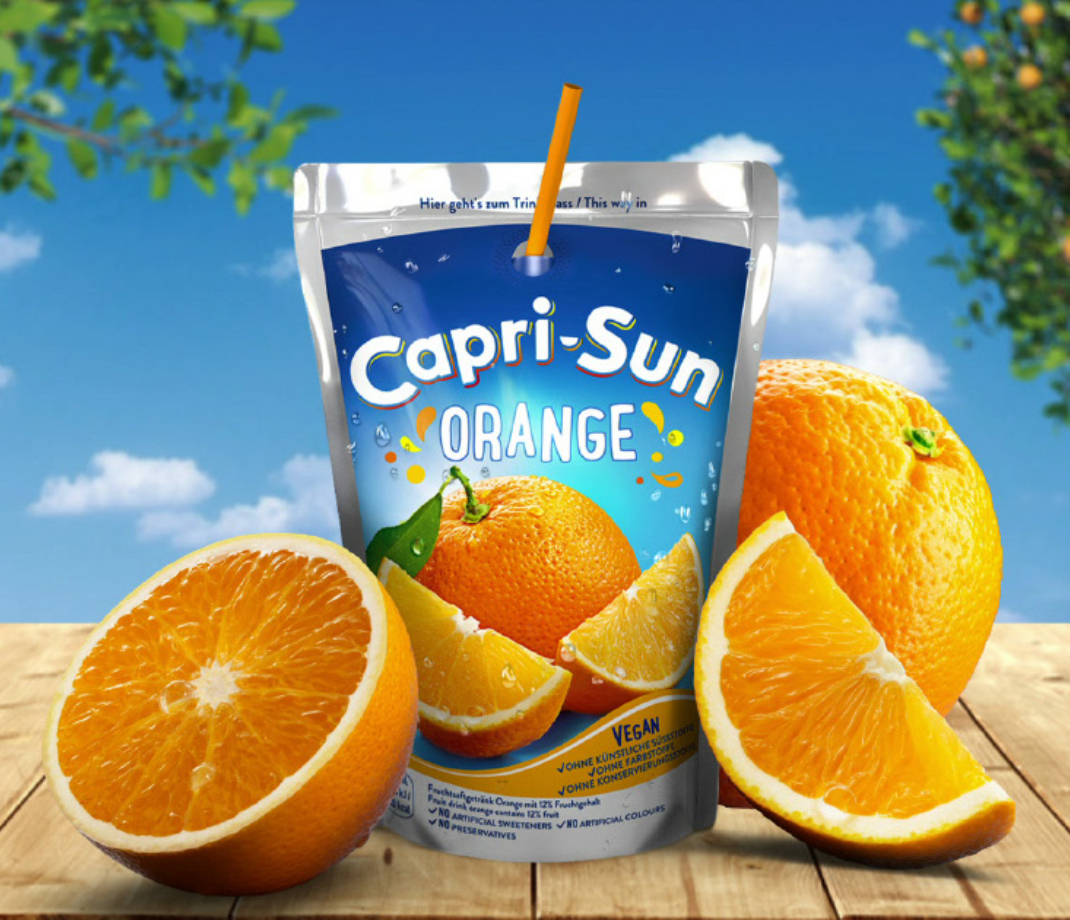 Capri suns and all of the products available under the brand Capri Sun are gluten-free.

Yes, capri suns are gluten-free. All derivatives of the brand, such as flavored versions, are also gluten-free.

Capri sun is a German-owned brand and is named after the sunny Italian island of Capri. Originally introduced to the market in 1969, the idea behind Capri Suns was to have a naturally sweet fruit juice drink that could be conveniently and easily taken with you wherever you wanted to go.

A standard-sized box of Capri Suns contains 10 pouches of the drink, each containing 200ml of juice drink. However, many versions now contain only 180ml of the drink.

One of the most defining features of the Capri Sun is its shape. The juice comes in a trapezoid pouch into which you punch a hole with the straw provided. However, when placed on a flat surface the pouch is able to stand up on its own.

In some countries, there are larger versions, such as a 330ml version and a resealable pouch.

The materials used to make the pouch have been non-recyclable, leading to many calling for the manufacturing company to update its process to help the environment.

There are a very large number of different flavors available with the juice drink. Many have been tried and tested over the years and some have since been discontinued. However, there is still a wide range of flavors for sale. Some of these include more common flavors like:

However, there are also some more unusual flavors on offer such as:

So, no matter the preference of flavors there is a Capri Sun flavor for everyone.

There has been some controversy with the products in the past as mold in the shape of a worm was found inside several Capri Sun pouches in 2014. This led to many people calling for the company to better package their drinks. Capri Sun released clear-bottomed pouches as a result of this issue in order to allow the consumer to clearly see that their drink was free of mold.

Capri sun prides themselves on using on all-natural ingredients in their products. So, in a regular Capri sun you will find the following:

The nutritional information for a regular Capri sun is: