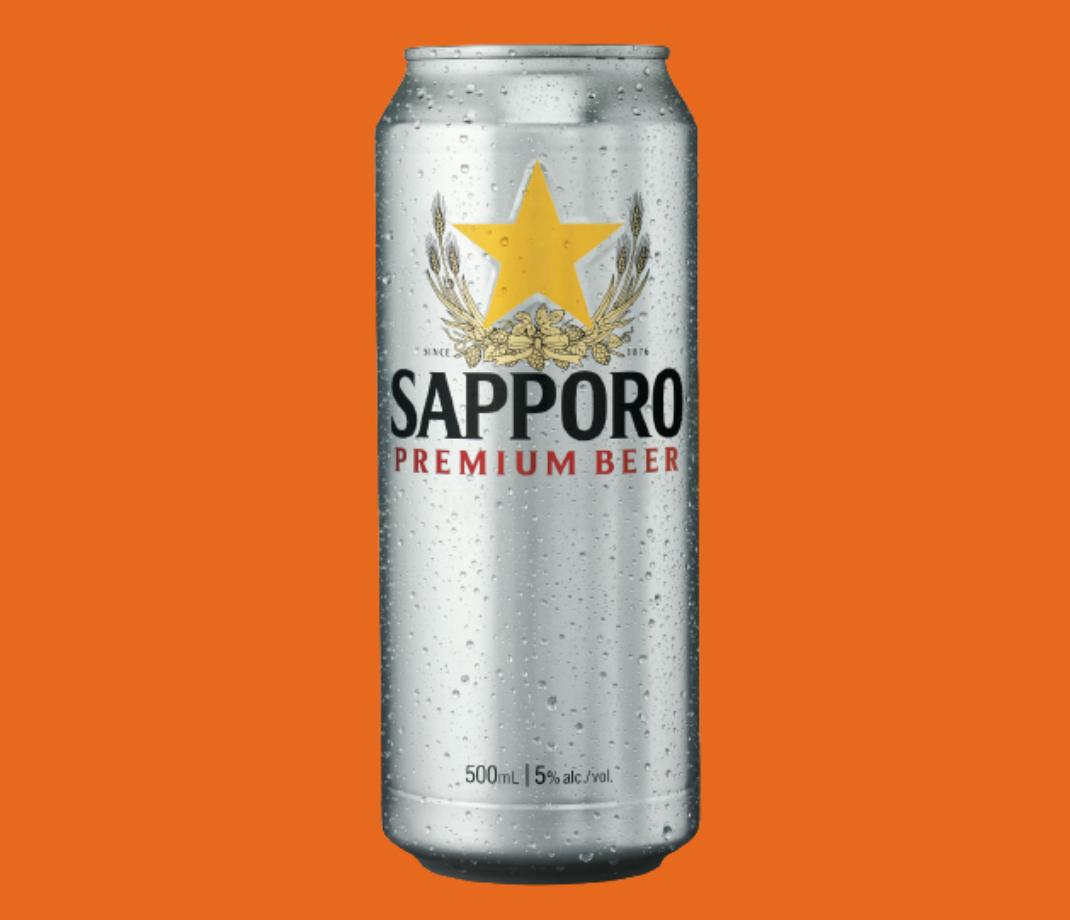 Is Sapporo A Gluten Free Beer?

Many people think Sapporo is gluten free because it is widely known as a rice beer, but unfortunately, it’s not. It is also made with barley, a grain that contains gluten. It is not suitable for anyone with celiac disease or another type of gluten sensitivity.

Despite having gluten, some consumers with a mild gluten sensitivity have been able to enjoy Sapporo in limited quantities. However, if your sensitivity is high, it may not be a suitable beer option for you.

What Is In Sapporo Beer?

Sapporo is a fairly clean beer with only a few ingredients. While their ingredients may vary slightly between beer offerings, the main ingredients in Sapporo include:

Sapporo was first brewed in Sapporo, Japan in 1876, making it the oldest beer from Japan. It is a lighter beer with crisp flavor that is commonly enjoyed with food. It was brought to the United States in 1984 and has become the most popular Japanese beer in Western countries.

The creator of Sapporo, Seibei Nakagawa, has an interesting story. He left Japan when he was a teenager, which was not a common thing to do at the time. It was actually forbidden for people to leave Japan at the time. However, he made his way to Germany and learned the craft of brewing beer. He would then return to Japan to pour everything he learned into brewing Sapporo.

Today, there is a Sapporo Beer Museum where Sapporo Breweries was first opened. Guests can learn about the beer making process and the history of the esteemed beverage. There is also a ton of information about Sapporo’s founder, as well as a gallery of Sapporo advertisements throughout the years.

Next to the museum is the Sapporo Beer Hall. This is where people can enjoy a delicious all you can eat meal along with some Sapporo. The food is all cooked at the table, consisting of various vegetables and meat.

What Kinds Of Beer Does Sapporo Offer?

Sapporo has a small but refined line of beer, including:

The Sapporo can has a unique shape, similar to a tumbler, and used to have a removable top to mimic the experience of drinking a beer from a glass.

Sapporo has created other flavors throughout their run, but they are either no longer available or aren’t as widely available everywhere. This includes a chocolate beer, as well as a limited edition Space Barley beer, which was actually made with fragments of barley that spent time in space.

Sapporo is enjoyed throughout Japan, as well as in the US, Canada, and Vietnam among others, because of its light and refreshing taste. It’s a beer that doesn’t sit on the gut, which can be troublesome for beer enthusiasts. It complements various cuisines very well, making it a popular beer to enjoy at restaurants.

The nutritional facts below are for a 12 fluid ounce serving of Sapporo’s Premium Beer: